This is a WELCOME message, so first things first.

BTW I'm a gif queen, so prepare yourself for plenty of animation.

Thank You For Joining Me. Let's Set The Scene:

I'm a writer turned marketer, investigative by nature, with fixation on storytelling.

My work experience has been concentrated in small businesses operating between the Eastern and Central time zones. Because I'm nosey, I looked up the stats: approximately 150 million people or 47% of the US population live in the Eastern time zone, followed by 92.3 million people or 29% of the US population in the Central time zone. That's 76% of us, living in the eastern half of the country.

Yes Jillian is both my platform and my business. According to the US Small Business Administration, there are 31.7 million small businesses (defined as firms with less than 500 employees) officially registered in the United States alone. And the US Census Bureau reports that as of 2019, 54% of all small businesses in the country have 5 employees or less.

I'm also a Millennial, now in what is labeled by many economists as "my prime working years." According to the most recent US Census estimates, the total US population is closing in on 332.5 million. Wedged in the middle of that population are 72.1 million Millennials, which account for 22% of the US population (yep, the largest adult generation, overtaking Boomers for that distinction last year). In fact, here is a fun analysis about our generation, published just after the 2020 pandemic settled in, by Brookings Institution.

Why Are We Starting With These Basic American Stats, Jillian?

Yes, all those stats are extremely basic, but help you realize how much perseverance and resilience are part of the essence of our generation. We Millennials are the largest generation the United States has seen reach adulthood without a devastating armed conflict siphoning us away from the workforce (and our communities and families).

We Millennials entered the workforce in a tidal wave, and despite the generation-long war that did ensue overseas shortly after the eldest Millennials' high school graduations, we relentlessly swarmed the entry levels of every available industry starting in the year 2000.

Due to the record-breaking volume of our generation surging into a less-than-receptive job market and an unprepared university landscape, our generation has had to be the most creative about building our careers. We were taught a traditional, digital-last approach to nearly everything to do with our futures, and yet we ushered in an era of digitization that left many businesses poised to meet the collaboration demands of the 2020 pandemic with a few mouse clicks.

Quick reality check. Our births began as Reagan's policies rolled out. We have only known an economy shaped by trickle-down disarray. Here's what our so-called overly coddled "yellow brick road" into adulthood has looked like:

Global-recession-induced job scarcity greeting our early-career parents at our births, then us as high school grads, again as early career professionals and parents, and again as mid-career adults and parents.

As a generation, we have fully embraced a working life where the ground is constantly shifting beneath our feet. When the doors to growth and expansion are closed to us, we creep through the wall like kudzu.

Take a second right now to just bravo yourself. According to the CDC, US life expectancy fell from 79 to 77 last year. Friends, we're officially halfway to home plate and we've already overcome so. much. mayhem.

Are You Still With Me? We're Going Far.

Do you count yourself as one of the 72.1 million Millennials in the United States?

Great. Fellow Millennial, our demographics reveal that we're nearly 45% minority and multi-ethnic, so we're well-accustomed to pushing back on discrimination and toxic traditionalism. As we plunge into 2022, our ages range from 24 to 40. That means, reader, that you're somewhere between renting your first apartment and coming to grips with needing reading glasses soon.

Work-wise, our careers run the gamut between rousing success and...well, a series of semicolons. While we are at times both the Steve Rogers and the Tony Stark of American progress, we are above all else an undeterred bunch.

If you're on the younger end of our generation - things should make more sense, but they don't, and the best tool to have in your arsenal for the next 40 years is discernment.

If you're what one comedian dubbed an elder Millennial - it's not about the cards you're dealt, it's about how you play them. Don't rush it!

We will continue to change the world, friends. And the shape of that change is still entirely up to us. 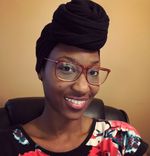 Jillian is a Manhattan-polished marketing nerd turned Brand & Marketing Alignment Strategist. YOUR PEOPLE live your brand. Your brand leads your business. Marketing is how your brand shines.
United States
Next Post